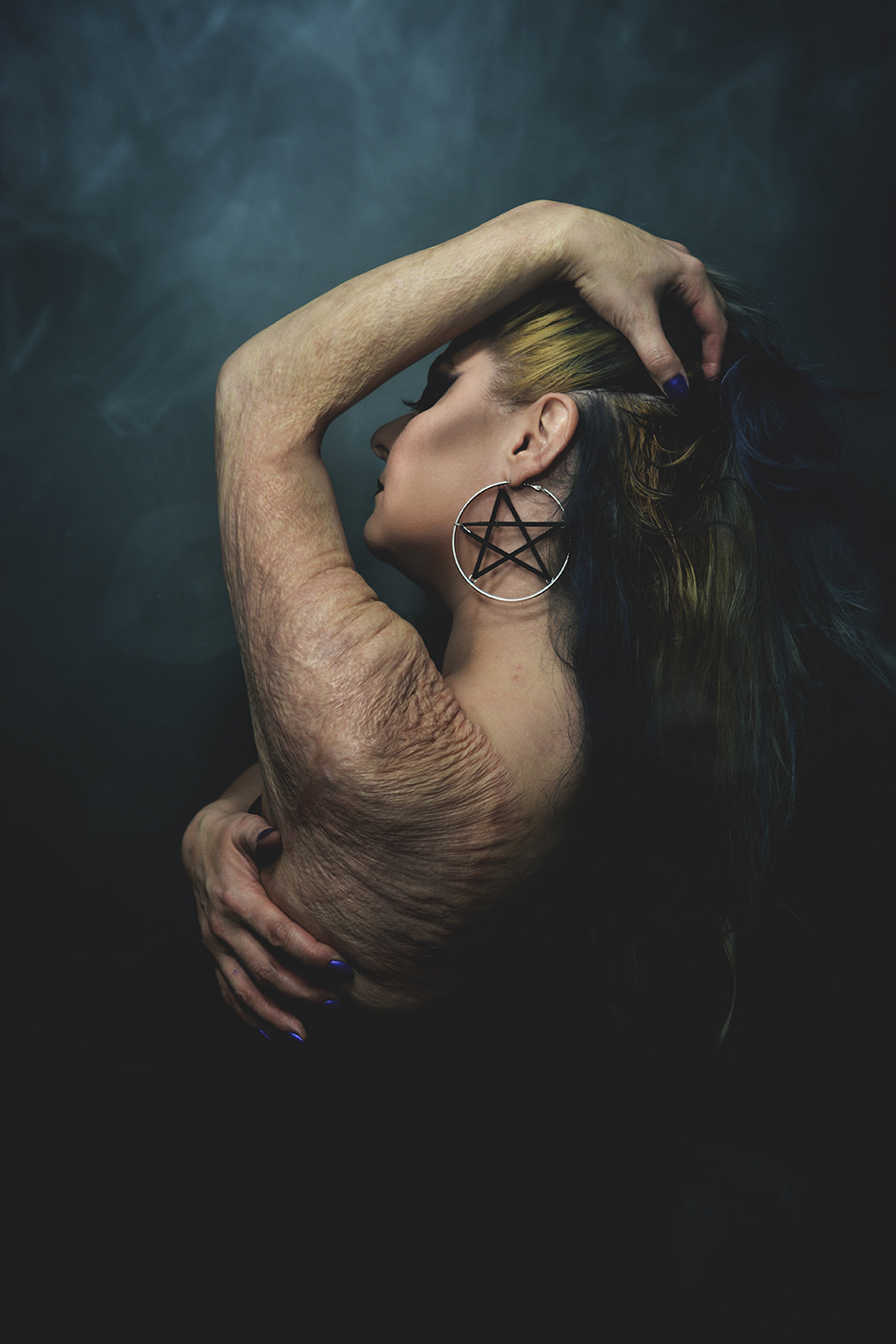 as a young women， Halifax resident Holly Fox survived a terrible house fire， that took her young husband and left her with extensive scars after she ran into the flames to save their infant baby who made it out without injury thanks to the bravery of his mother. the child has grown now an adult man， and her scars a beautiful reminder of her courage and strength. Out of the ashes she will rise， stronger and more beautiful than before. Marked with evidence of such and wearing it with pride.

There is something so strong about the human spirit the house it was built in. I am so grateful to have my work be seen and chosen for the nikon photo contest. I am an artist by trade， commission based. I started committing to photography several years ago as a alternate creative outlet and for more freedom with my artistic expression. Photography has opened my life to so many incredible humans and their stories and has given me my favourite tool to capture and share amazing people， places and events.

This is the work that Nikon employees selected on the 50th anniversary of the Nikon Photo Contest.
As a photograph it makes a strong impression, the lighting and posing are also extraordinarily beautiful, and this is the work that truly caught our attention.
Also, one woman bearing scars from a misfortunate fire in the past turns her scars into a symbol of courage and strength and rises up again like a phoenix. The story runs along the theme of “Change” depicted brilliantly in a single photograph—that is outstanding—was a view that was widely expressed. We feel that we were able to make this selection at the 50th anniversary’s turning-point year as a work fitting of our vision, of sharing important story through image.