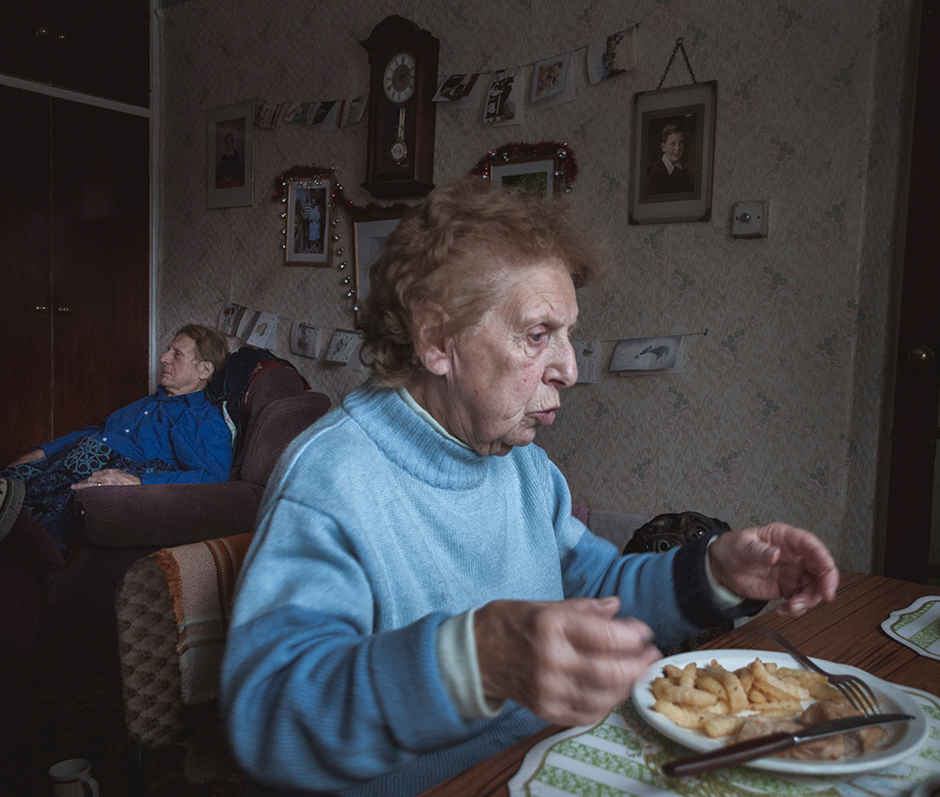 Donald， 90， sits alone in the background consumed in his suffering with Alzheimer's and unaware of his wife， Alma， 84 having dinner just feet away. He came back from World War II， changed from the kind caring man she had married， suffering with shellshock (PTSD). After a violent 60-year marriage with Alma， Donald was diagnosed with Alzheimer's. In the last few years of his life there was a sudden and rapid change of his demeanor rendering him placid， back to the man she had married.

I am thrilled that my work can play its part in highlighting the lives of those who are affected by Alzheimer's. For some， like my grandparents in this photo， it's calming and controlling， but for many others it is unbearably tough to live with. Winning the gold prize will， for me， immortalise the fond memories I have of my grandparents， and hopefully raise awareness and importance of mental health in its many forms， whether PTSD or Alzheimer's. Although my grandfather Donald has now passed， I will be forever grateful to him， and my grandma Alma， for allowing me to take this photo.